The Monument to the Bulgarian-Soviet Friendship, Varna - August 2017

Earlier in the year I managed to persuade Mrs Hunter to book the family holiday in Bulgaria. Why persuade you might ask ? Well you see a rather splendid chap whom I infrequently meet up with is based in that part of the world and if you travel all that way it would be very rude not to pop round and well, meet up and see some stuff.

I sat in a local cafe waiting for Darmon Richtor, and him not being a morning person he was late, sorry hang on he wasn't - I was early, having had only 3 hours sleep I sat hiding from the midday sun drinking coffees with fresh lemonade chasers. I hadn't seen him since our Latvia and Lithuania road trip and well I knew he had something rather good to show me and I will be very honest, I was a little excited.

This place was in our second explore of the day.

The Monument to the Bulgarian Soviet Friendship or as it is sometimes called The Russian Monument is a rather grand monument perched 110 metres up on top of a hill above the city of Varna overlooking the Black Sea. A rather deceptive monument which is in fact building with a big secret (more on that later).

Built over a four year period from 1974 the monument acts as a memorial for Russia's support of the Bulgarian people during the 1828-29 Russo-Turkish War.  The political changes of 1989 saw the monument fall into disrepair and without going into any politics, the monument splits opinions.

On with the explore 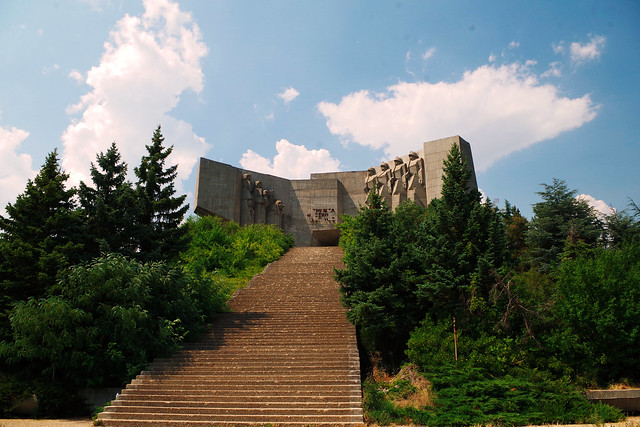 Hang on, 301 steps and although I didn't count them it was a killer in the early mid afternoon sun, oh you will have to trust me on this, it was hot - very hot. 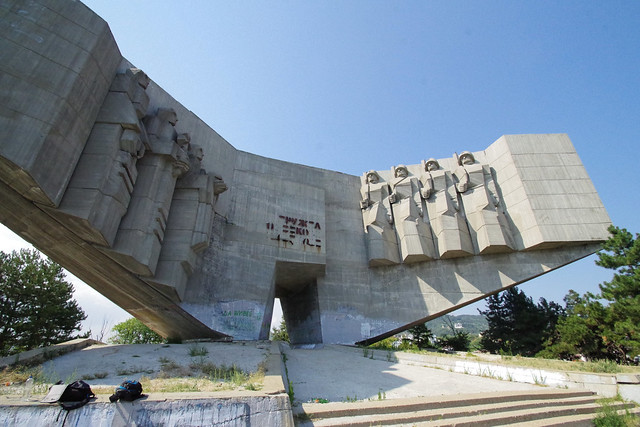 This shot does not really give a sense of the size of the monument, but it stands 23 metres in height with a width of 48 metres. 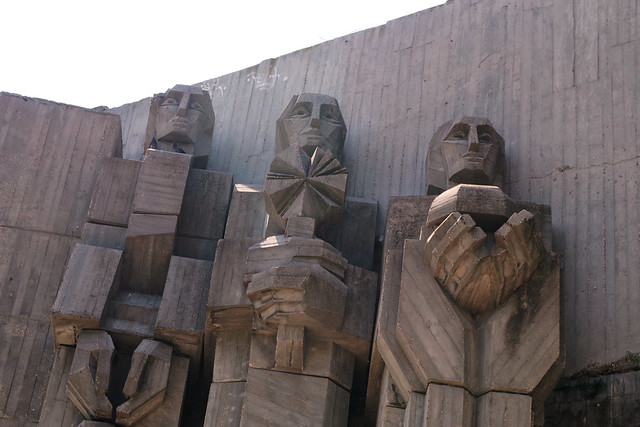 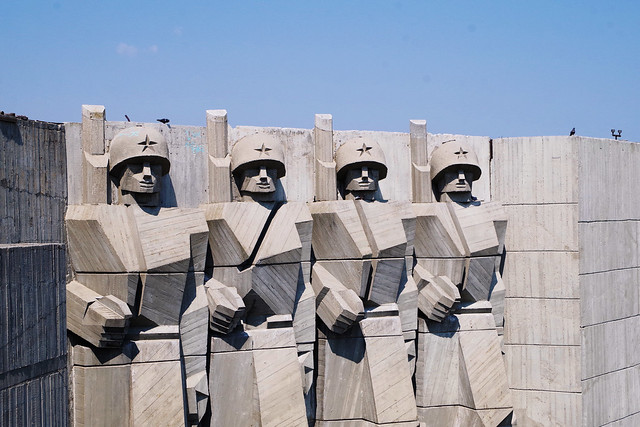 So now having reached the summit it was time to go in and unfortunately the entrance sadly had been recently sealed preventing our access. 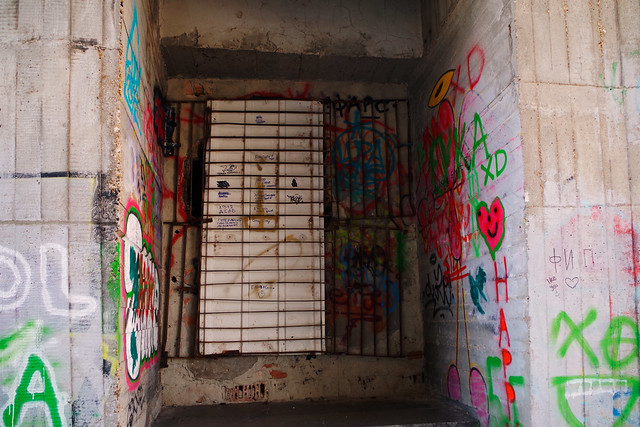 Fortunately my guide knew of the "servants" entrance and with a bit of a wiggle and limbo in we went to darkened snaking maze of corridors taking us up thru and ultimately onto the top of the monument.

By this time I was hot and bothered, however it was nearly time for some of that cold beer that we had cunningly picked up from the shop before our ascent. 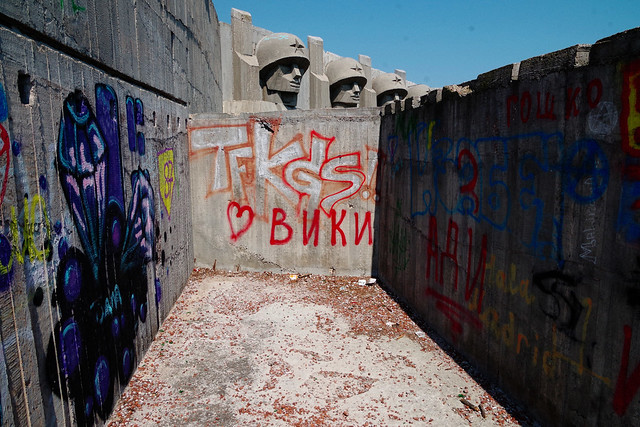 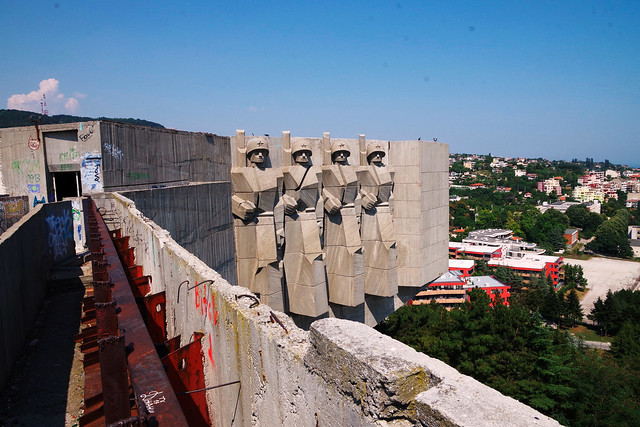 We then started to make our exit and for that promised beer, via the "Star Room". 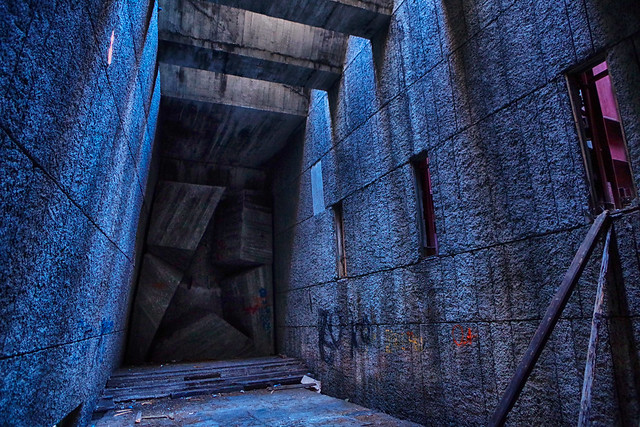 Pausing to look in the darken depths to a sealed lower level. 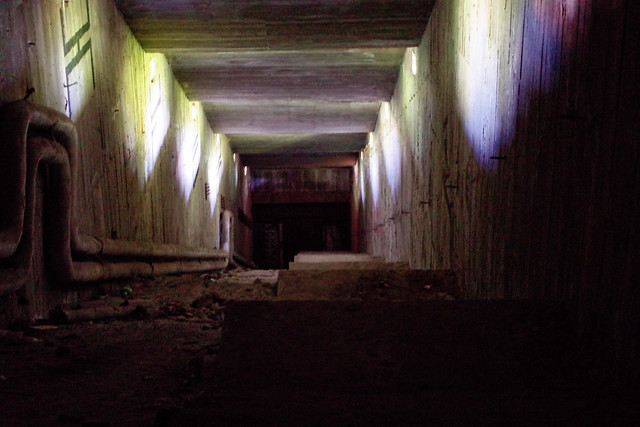 Out back into the heat of the day we paused and chatted for a catch up since our last meeting drinking our hard earned beer and then Darmon teasingly let slip "there is more".

We carried on towards the base of the hill, I heard mention words of warning about snakes in the undergrowth - great !!!

Resembling a Dharma Initiative hatch way from an episode of Lost and all we needed now was the dreaded Smoke Monster as we entered some kind of military bunker. 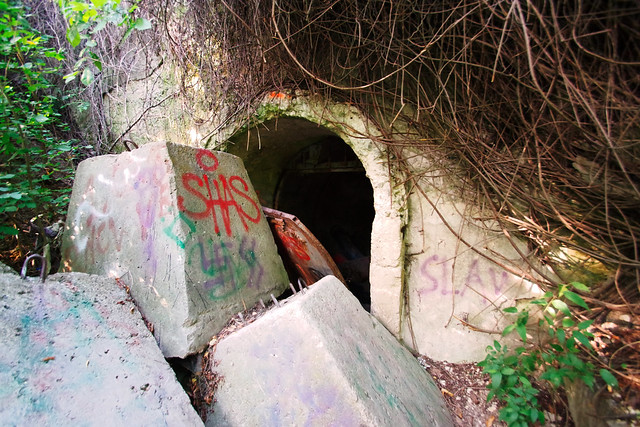 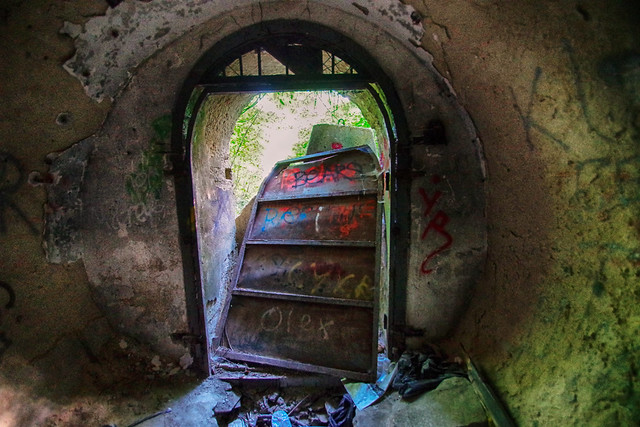 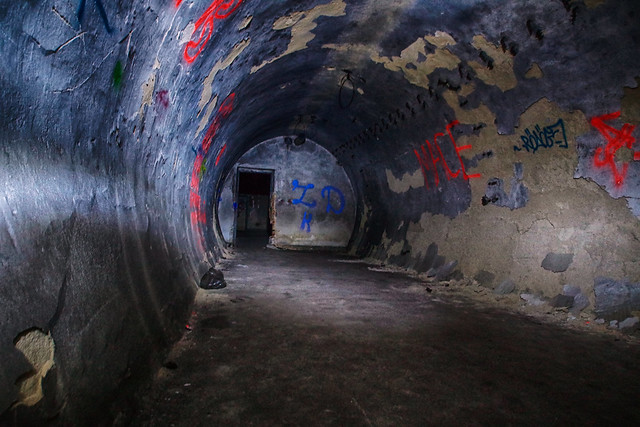 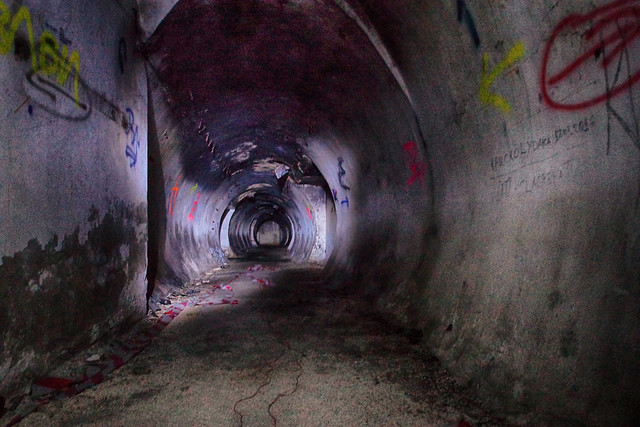 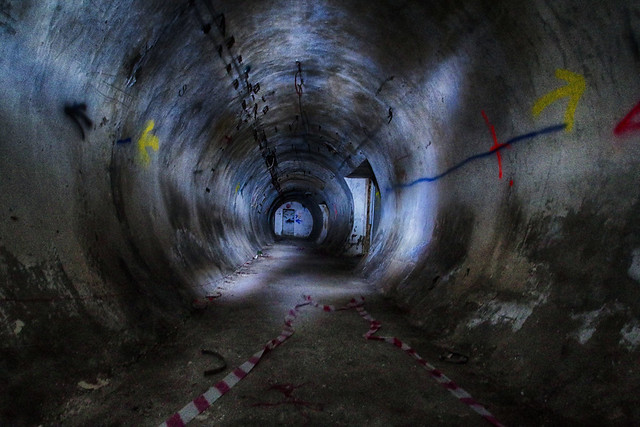 After a good wander around Darmon directed me to a shaft which rose up thru the hillside into the monument above. 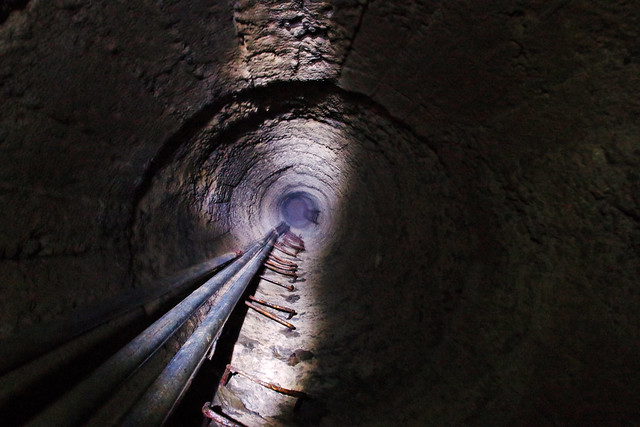 Under our feet lay uniformed guillotine cut stone and we stood a few feet below the surrounding floor level. The shaft seemed to continue below us and had been obviously filled in, but someone had been busy removing the stone by hand - perhaps the bunker complex continued below into further levels ? 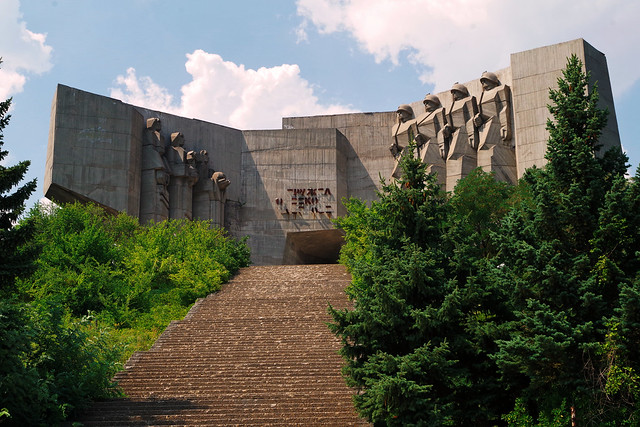