28th October 2014, this the second protest marched thru the streets of Budapest against the Hungarian Governments proposed Internet tax and resulted in an estimated 100,000 citizens taking to the streets. The Budapest demonstration began at District V’s József Nádor tér and moved across the Danube to the Zero Kilometre marker on the Buda side of the river at Clark Ádám tér.

The night before all this hullabaloo Tin Dog and I sat in a bar listening to the lovely lady owner explain that Prime Minister Viktor Orban was going to tax the Internet by the gigabyte of usage, a sad and dangerous world first !

Tin Dog and I looked and listened is disbelief as a crowd gathered around us to vent anger and worries of a possible revolution - these boys and girls were very fucking serious and we thought it was worth a look, we should bulk up the crowd (all two of us), add support - little did we know how many people would turn out that next autumn evening. 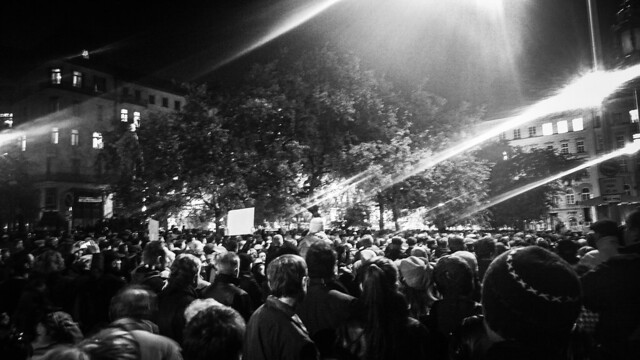 As the tone of the music changed to classical music, I know not what, the police vastly strengthened in numbers with riot shields, the speeches started - all in Hungarian, but we got the gist of the angry voices and crowd - we shouted, clapped, jeered and waved our phones in solidarity with the mass.

Half an hour later the suddenly crowd dispersed, all very well behaved, a little tame for a demonstration - Hungary had been a Nazi State and then held in a cruel and evil Police State by the Soviets, but this was a little limp even so.

A family walked in my direction with a placard, "I am English, where is every one going?" I enquired, the smartly dressed head of the family group smiled and replied "the city will walk the streets !".

We tried to leave the square, but the streets by now seemed to be rapidly filling up from all directions, so we moved in the opposite direction of the ever growing crowds towards the River Danube.

Walking at speed for about half a mile we suddenly met the front of the protest - now snaking the city centre with people young and old flooding in from every direction, indeed the city was walking the streets with two English men looking on in disbelief at the sheer number of people rallying against the proposed internet taxation. 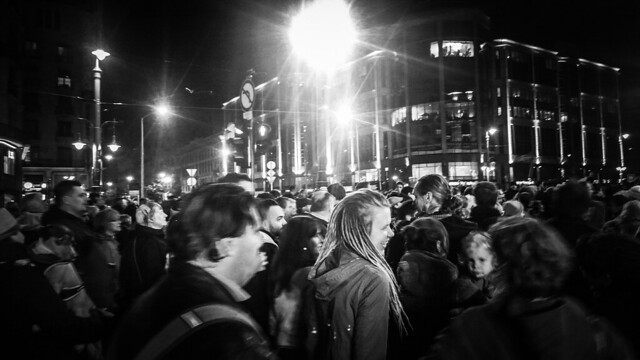 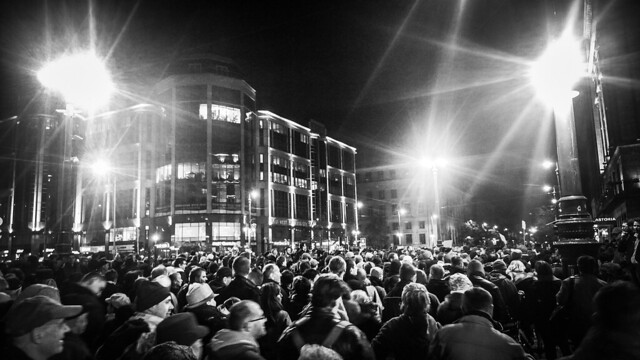 Ducking the BBC and Sky news crews, we finally edged our way against the still growing crowds, after two hours we needed a cider.

Taxing the Internet is wrong on so many levels, it is state censorship via the backdoor, a tax on information, a tax on learning. The demonstrators put plans in place to fill the streets every 48 hours and then finally on 30th October 2014, Hungarian Prime Minister Viktor Orban suspended plans to introduce the world's first Internet tax, bowing to the pressure from the protesters.

We did our (very minor) bit and saw something very special, a piece of Hungarian history.

- the British Foreign Office strongly advises against what we did, please remember all demonstrations are not peaceful.