If Carlsberg made.... goes the saying, personally I don't drink Carlsberg as it tastes of piss in our local pubs, but if urban explorers made pubs they would make a ruin bar.

A simple idea, take a disused building, furnish it with bits of junk, unwanted furniture, install a sound system and beer pumps - wouldn't happen in the UK with its elf and safety nanny state. 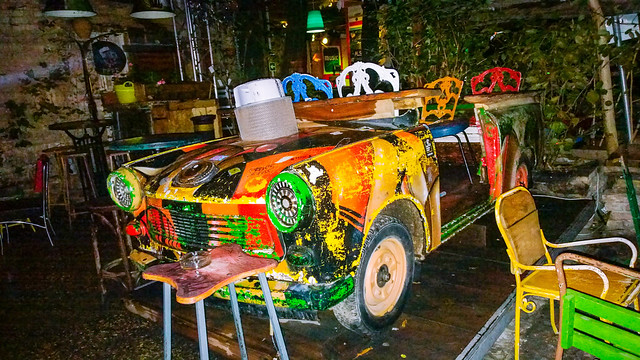 This trend in Budapest started around 15 years ago, the bars come and go but Szimpla Kert has managed to hang on with its head high.

So Szimpla Kert, or as it translates Simple Place is for me a refreshing break from the failing UK pub scene, good music which alternates between the open air areas and the large enclosed hall, stairwells and many rooms and alcoves. 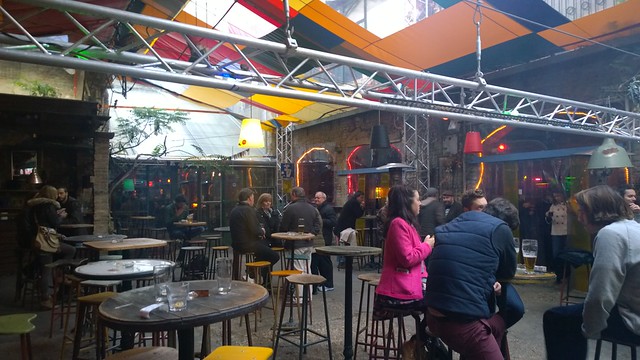 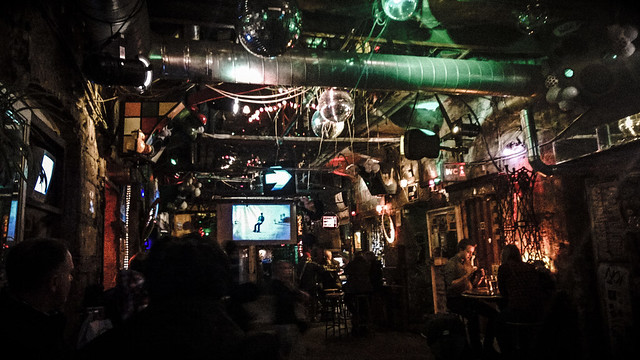 In the daytime they hold flea markets and farmers markets, the early evening drinks and meals, then until the early morning hours DJs and live music. 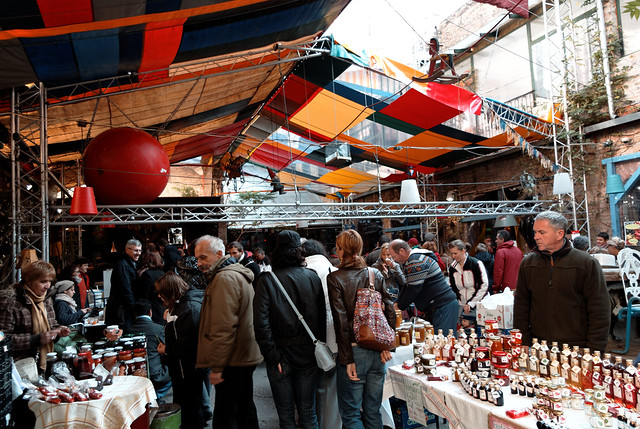 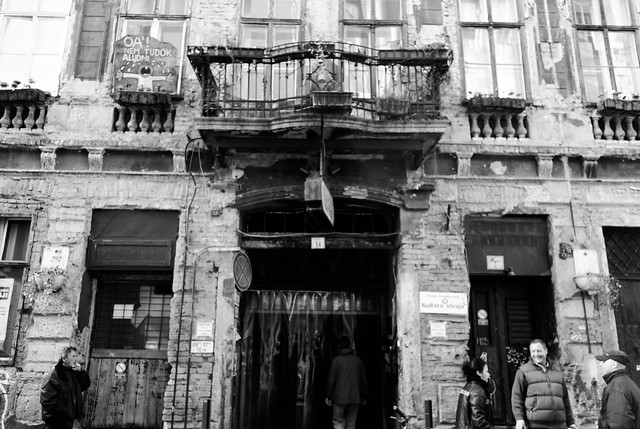 When you enter a pub thru a meat curtain you know your in for a treat....

10/10 - p.s., ignore the photos, come 10pm its is packed to the gills with an atmosphere and music to kill for, these photos don't do this wonderful place any justice.