Snapt, myself and Tbolt continued to trundle around the country roads of Wales.

We had had a lucky escape and whilst the weather was truly awful we stumbled into a little gem of an abandoned Wesleyan Methodist chapel.

No externals, the place is enveloped with overgrowth and it at risk of collapse at some point in the near future. 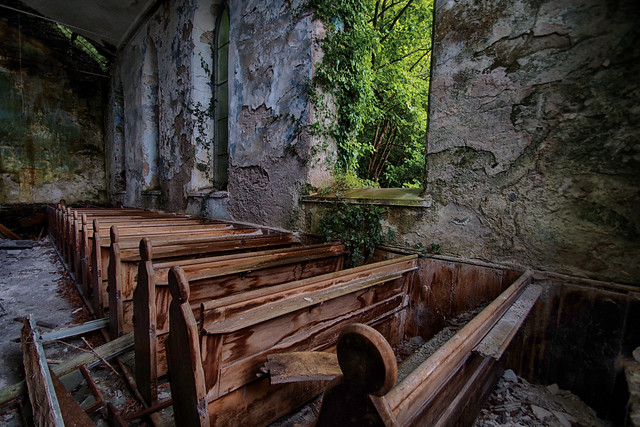 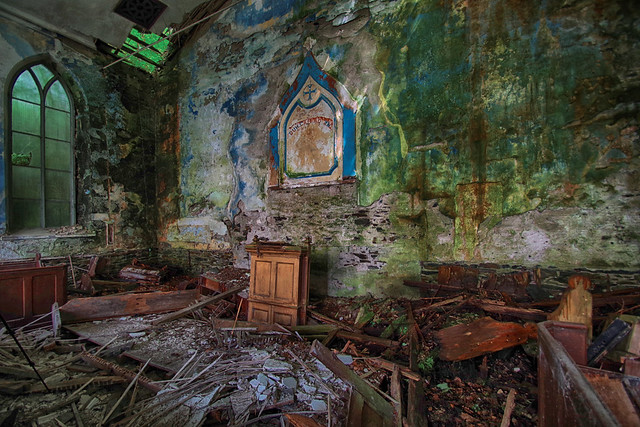 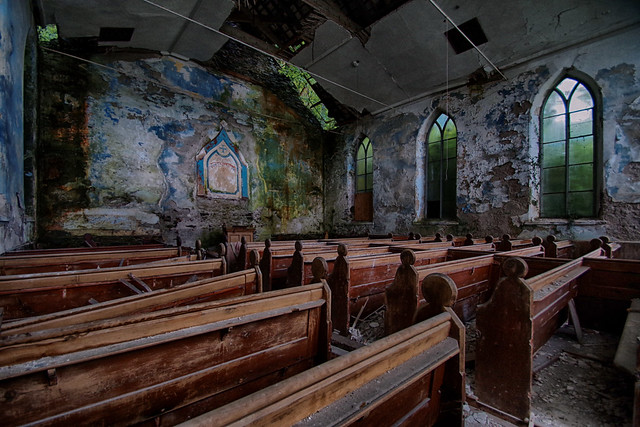 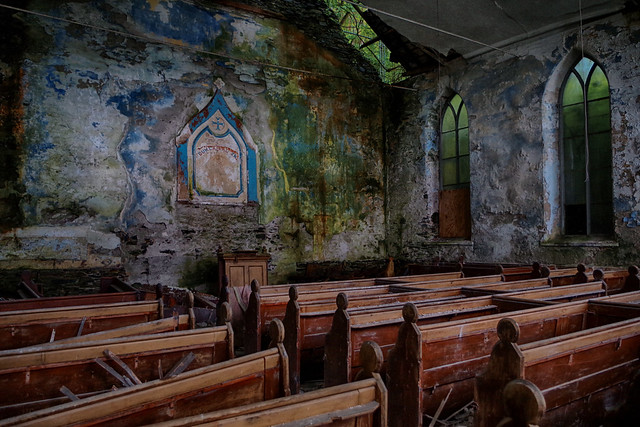 A gem of a little chapel, we rather liked this one a lot.
Posted by rasps at 09:04