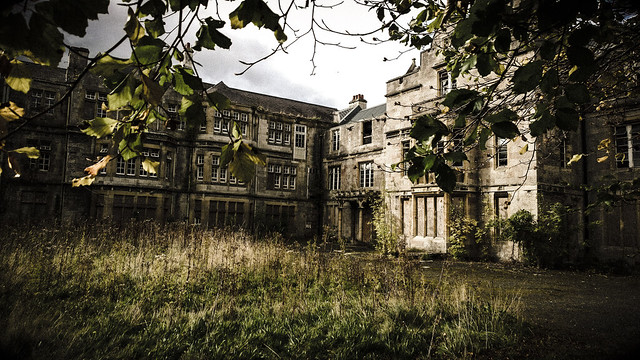 Over the years this place has become almost mythical in exploring circles, with over excitable security, a very angry old man with a large dog, tales of ghosts and mysterious "things" appearing in photos - then add to that the Most Haunted TV crew taking up residency for a week with a show called "Village of the Damned".  This went down like a lead balloon with the locals as detailed in this article from the Telegraph.

I had done some aerial shots late 2013 and Denbigh Asylum was on my list for an explore for years, I had just never managed to get round to doing it and so myself and Spaceman thought we would take the overdue trip down to North Wales. We phoned Fruit Loaf McCheese with his cutting repy of  "Point me at the asylum, a phrase I think of often", it should be explained that the Fruit Loaf McCheese is not an explorer normally by choice but he agreed none the less. 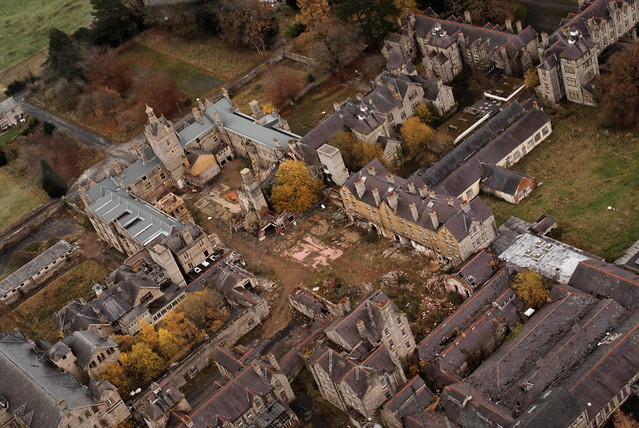 Denbigh Mental had a lot to live up to.... 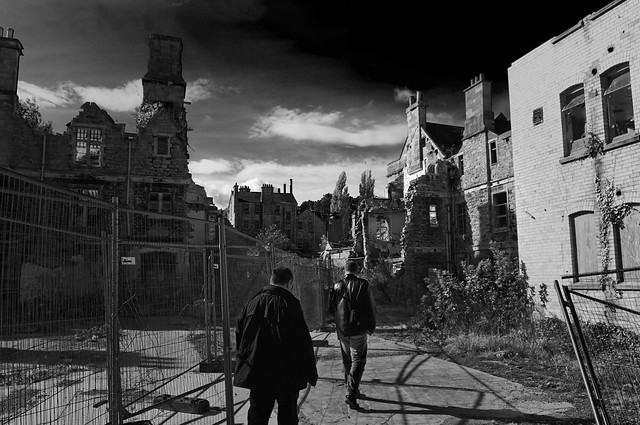 But sadly it didn't.

Asylums normally have an eerie feel, when you wander you wonder what went on within its walls, this atmosphere was no longer present at Denbigh Asylum, its walls no longer talk or hint at what misery the building had witnessed.

Sadly we saw no ghosts, dogs, angry old men or maniac security but we did spot the recent fire damage which in the scale of things is minor compared to the rotten floors, collapsed corridors and the general hanging on for dear life state of the place. 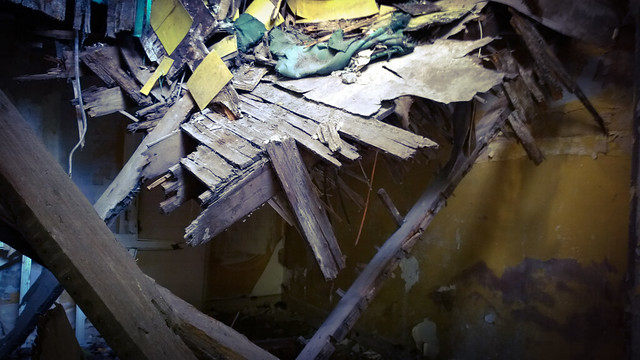 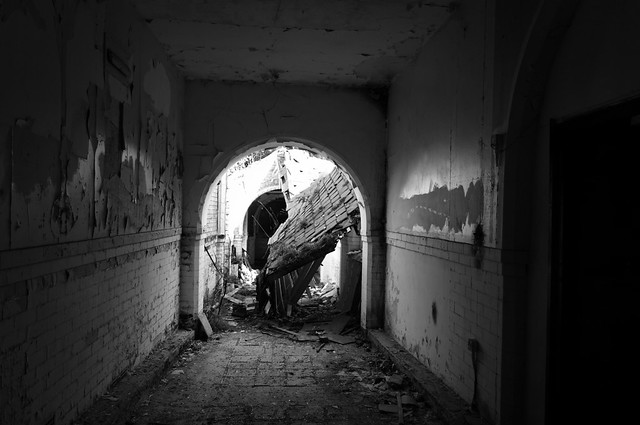 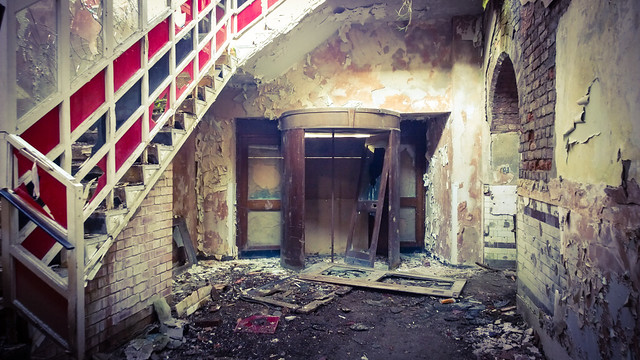 Strangely, despite being closed since 2002, on stairwells you could smell that hospital smell of Idoform permeating out of the building. 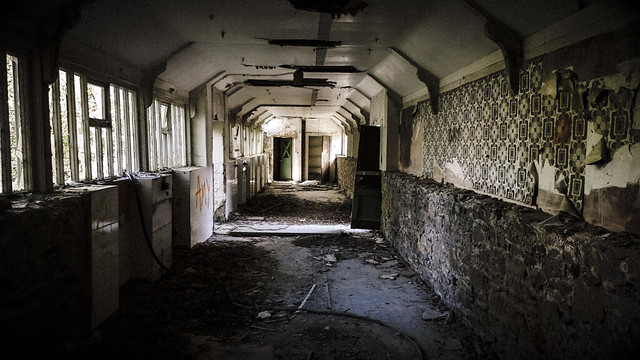 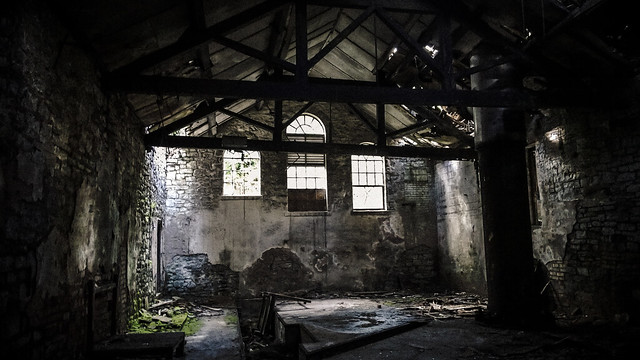 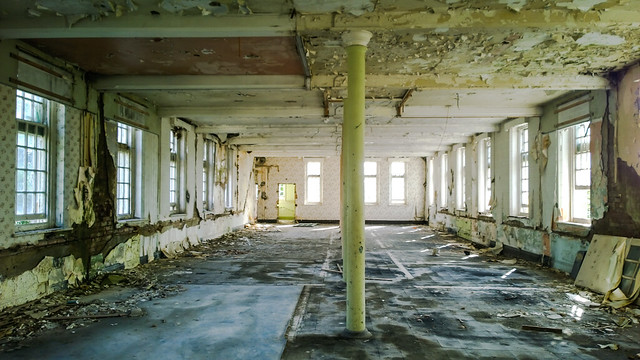 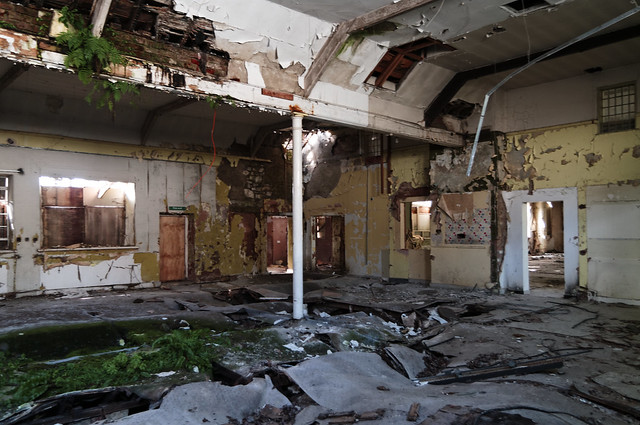 Time for a few more externals before we left. 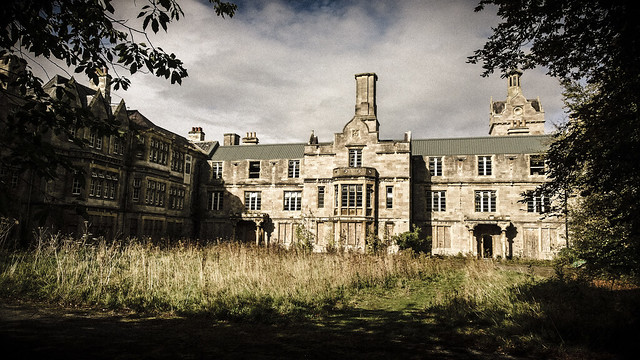 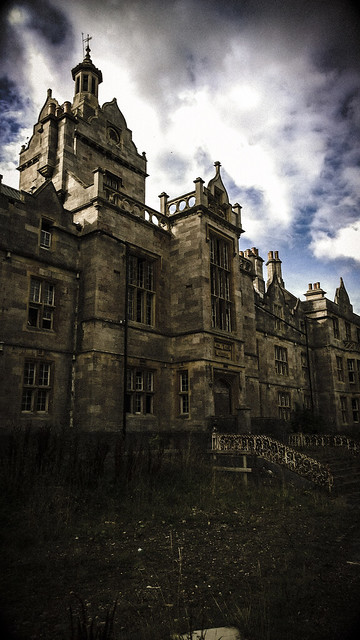 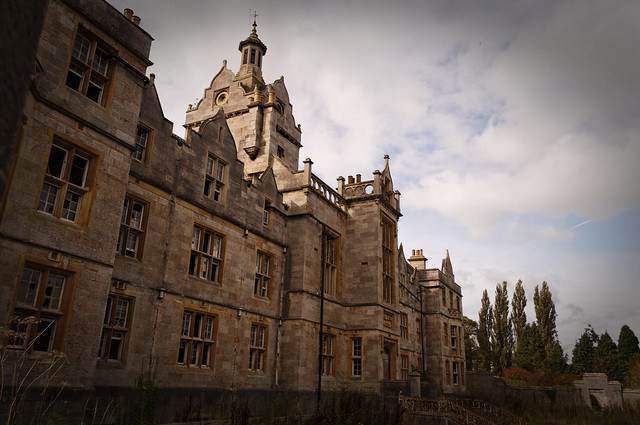 Well past its derp past date, we left this sorry place sadly disappointed as this once grand building clings on for dear life. A sad end to a sad building looms ever closer.

Whilst I've never understood why anyone would want to live in a disused asylum or hospital for that matter, hopefully some property developer (with money to spend) will step in and save whats left soon before it's to late. 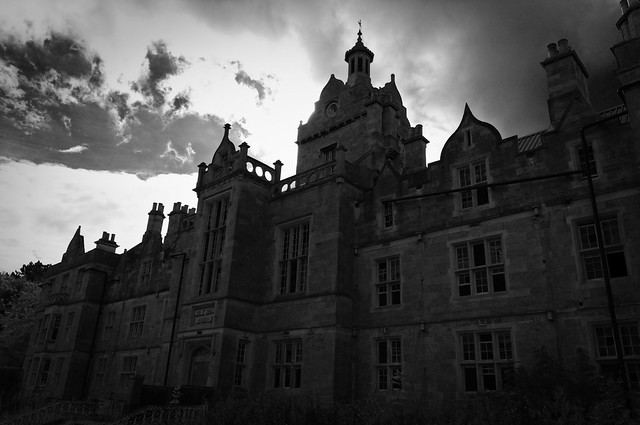