In March 1996 the cinema hosted the UK premiere of the John Travolta/ Christian Slater blockbuster Broken Arrow - sadly neither Travolta or Slater turned up, but thankfully John Leslie and Sonya did.

So as 2014 drew to a close up popped this little gem, we had been very patiently waiting, watching the grass and moss grow around the place for years. 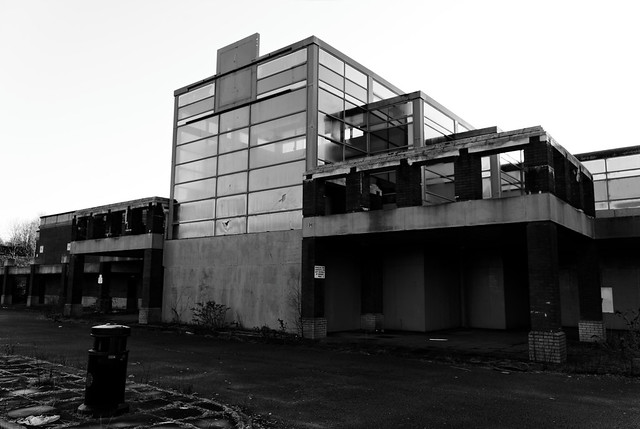 - and then photos appeared....

Weeks passed, with one thing and another we didn't get there, by the time we did the metal fairies and local vandals had trashed the place.

This is what we found, myself, Jdub, Urban Spaceman and a rather pleasant new chap on the scene, Shucky. With tales of roaming metal fairies safety in numbers was order of the day. 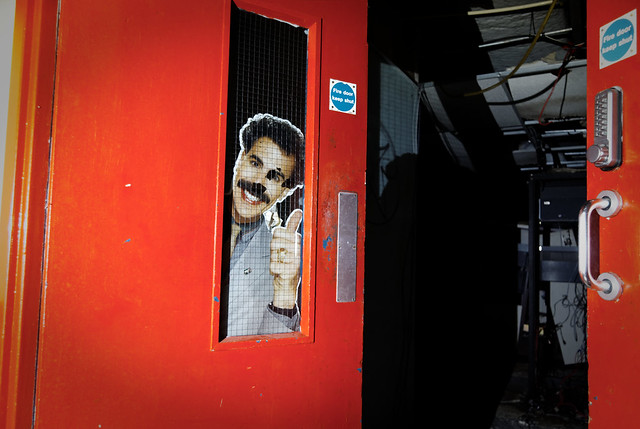 First off its a cinema, it is dark, tripod and light painting are the themes of the day, oh to repeat it is dark, very dark and I would not recommend a solo, you wouldn't want to meet anyone dodgy here. 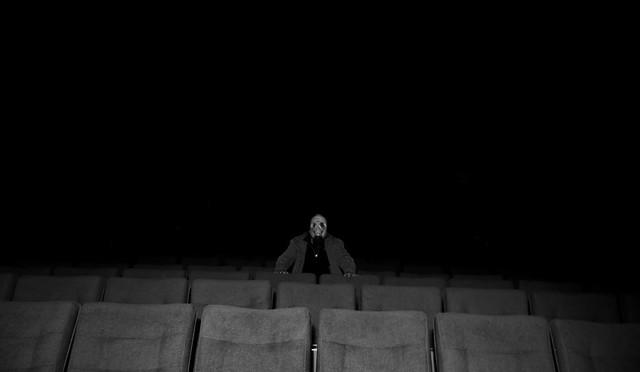 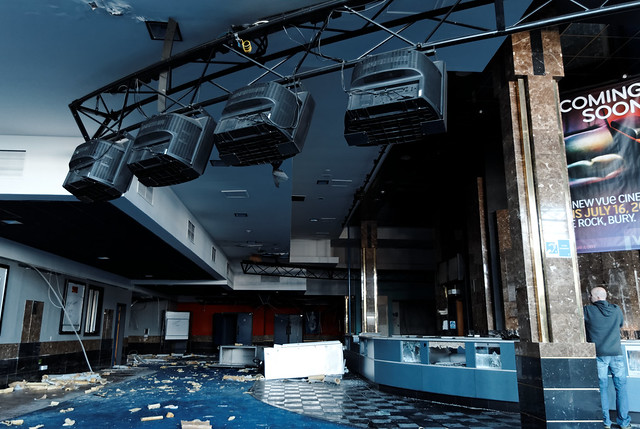 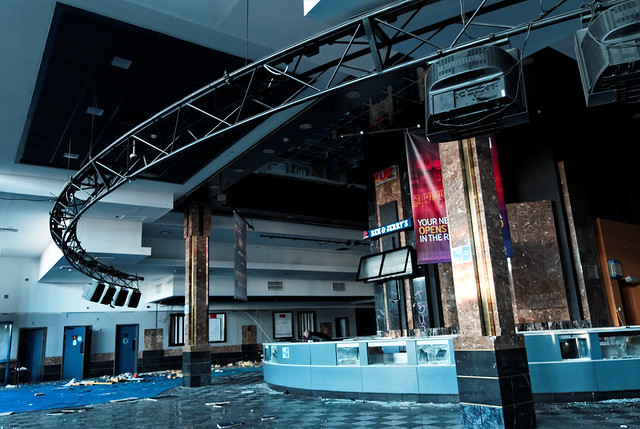 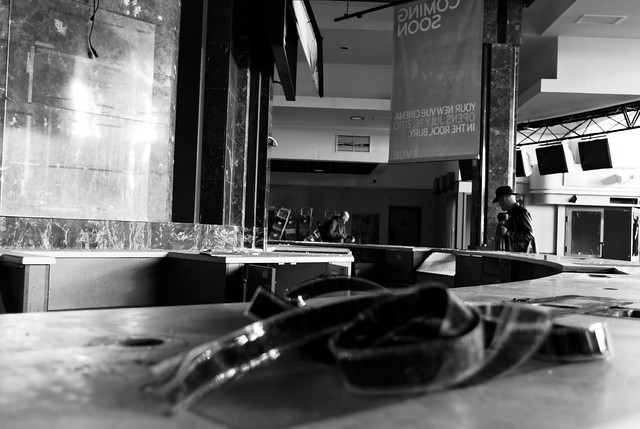 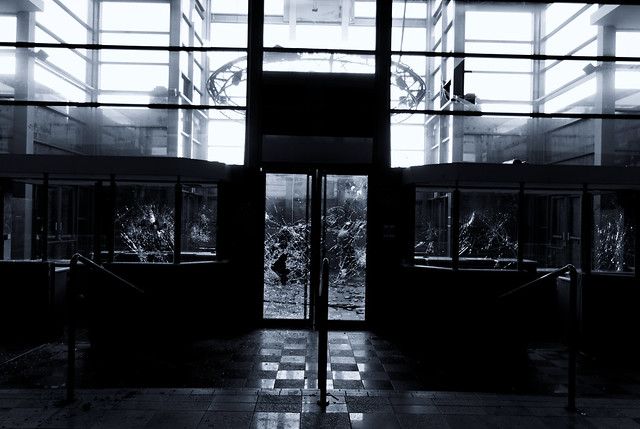 A few of the auditoriums had been stripped bare, seats and all, thankfully not all. 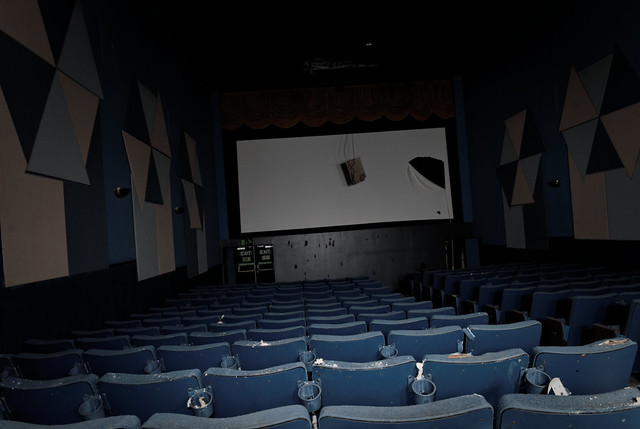 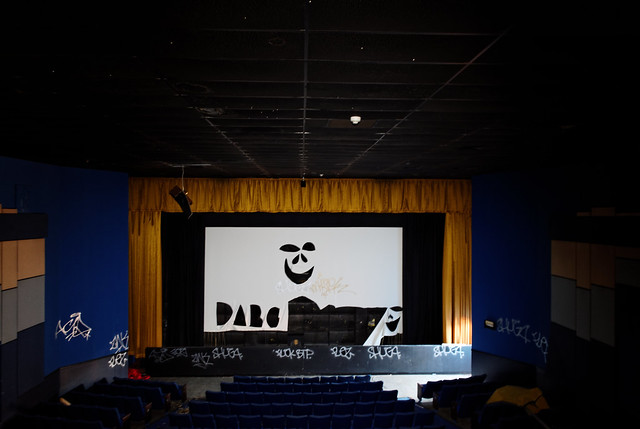 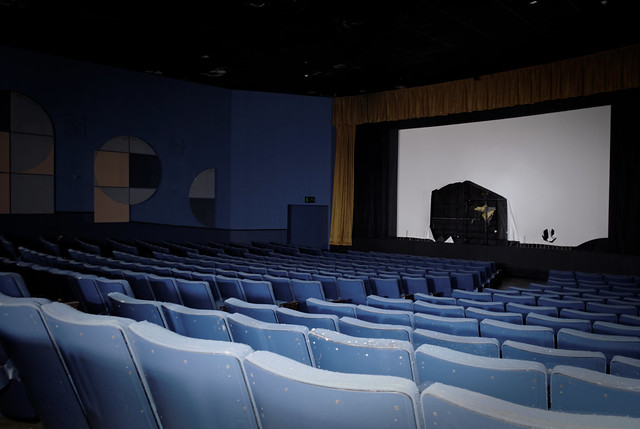 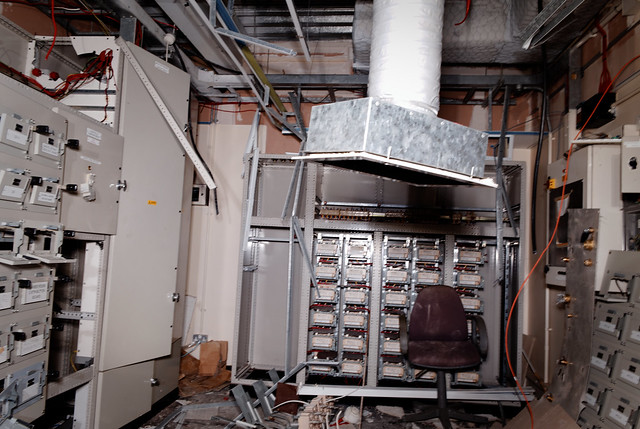 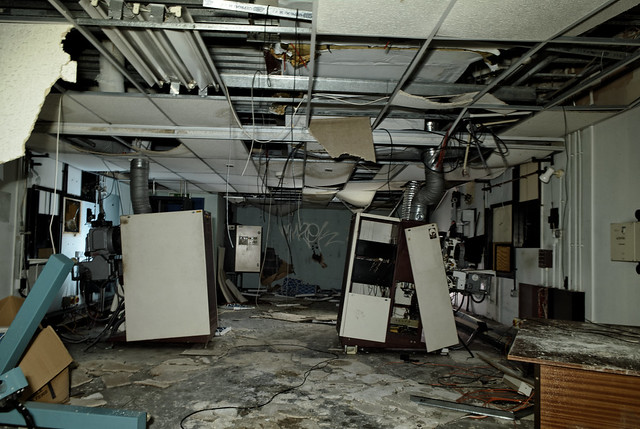 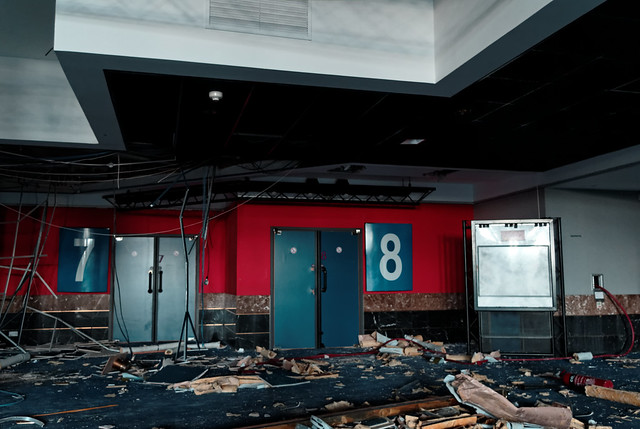 Alas the show was over, time to leave, it had been kicking off down at the Pick n Mix. 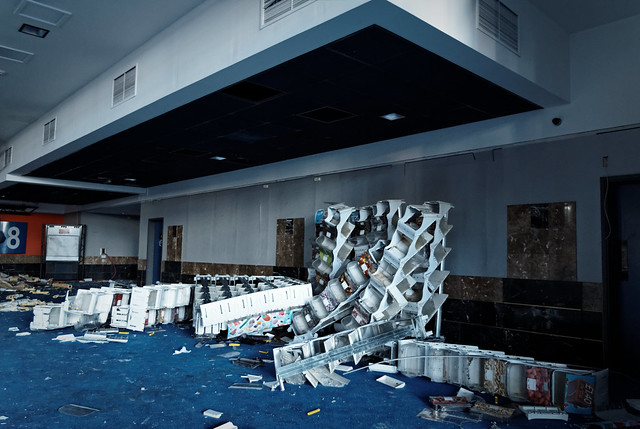 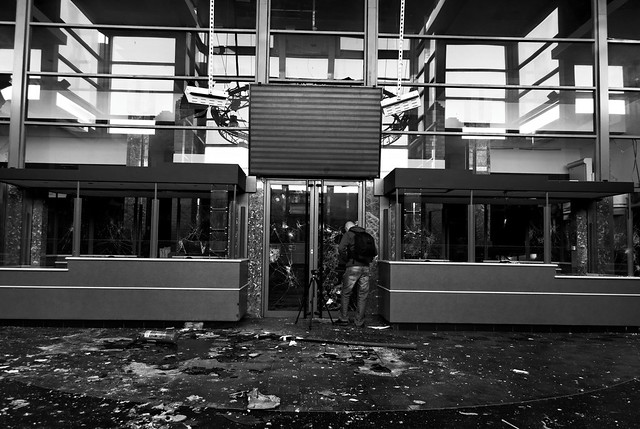 Jolly good fun after an extended break from mooching, also interesting to note that at its time of closure in 2010 it was turning over £71,000 a week in nacho, popcorn and hotdogs sales......