On the list on places you have to visit if your one of us weird urban explorers is Raf Stenigot. 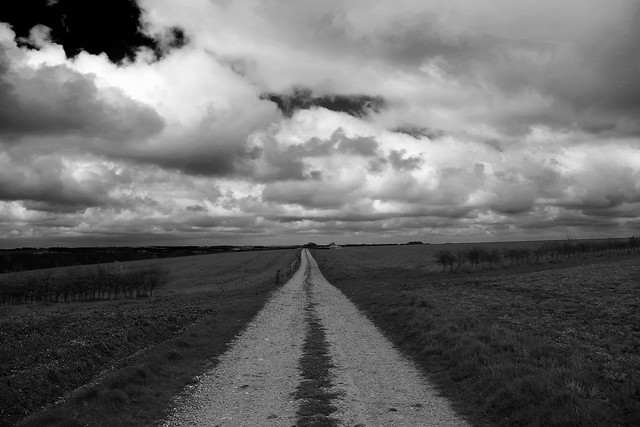 On top of a hill, in a farmers field in Lincolnshire are 4 f**k off parabolic dishes. Now this, I am told, is very common in Eastern Europe to find such paraphernalia littering the countyside - but this is England !!

Built in 1940 as part of a Chain Home radar station, RAF Stenigot was in simple terms a long range early warning system for air raids from the German Hun, primarily Luftflotte V and Luftflotte II attacks on the Midlands, Sheffield and Nottingham.

Are we allowed to use the word Hun these days ?? No ? Fritz ? I suspect not. 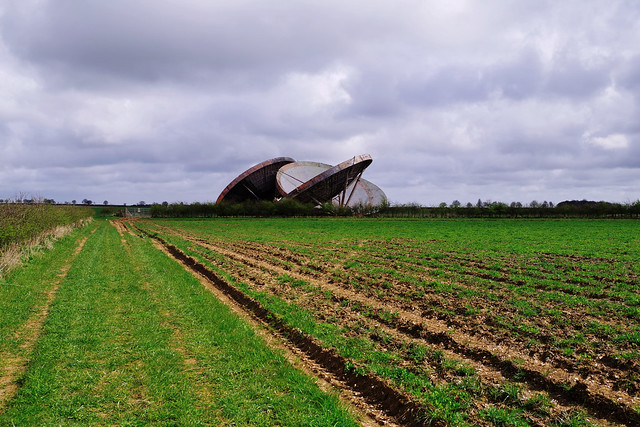 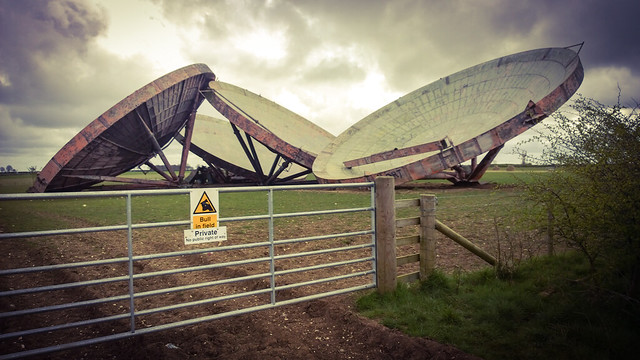 "Bull in Field", not a good sign to see normally, however the referenced beast was in fact on the loose on the main road and currently admiring itself in the wing mirrors of my car. A nice large hairy bovine with reasonably sized horns, strangely not attracted to my rather red jacket. 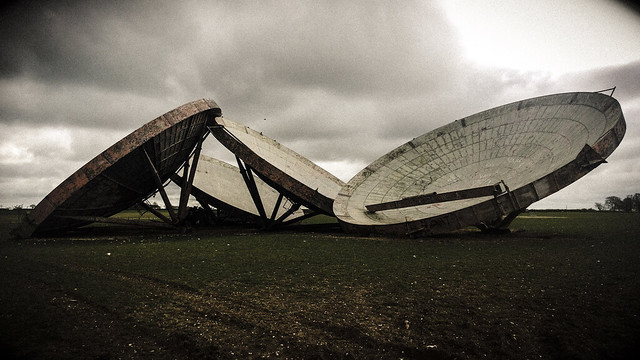 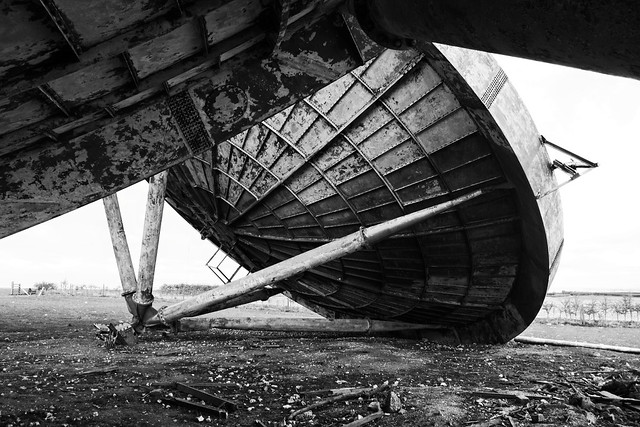 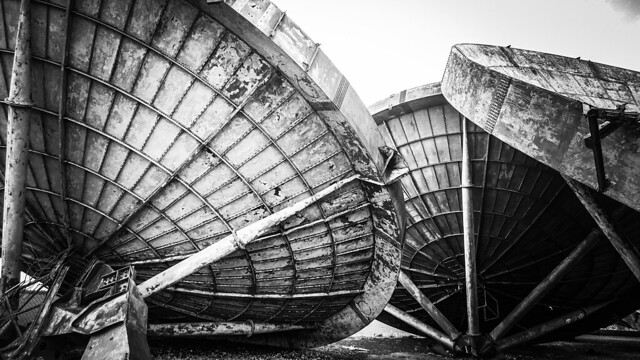 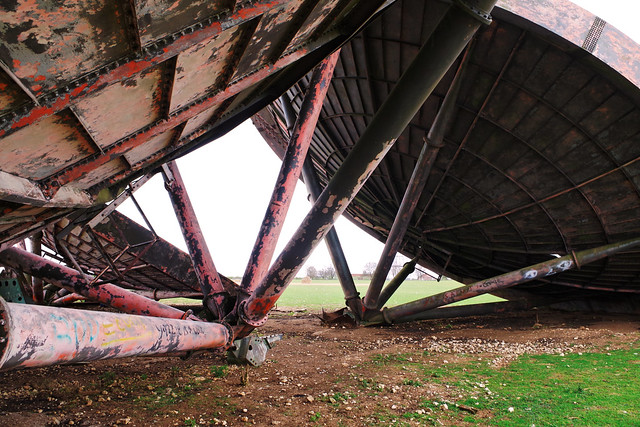 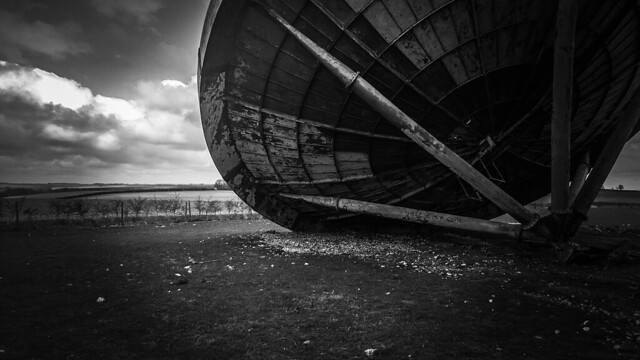 Pilgrimage done, time to move that bull along. 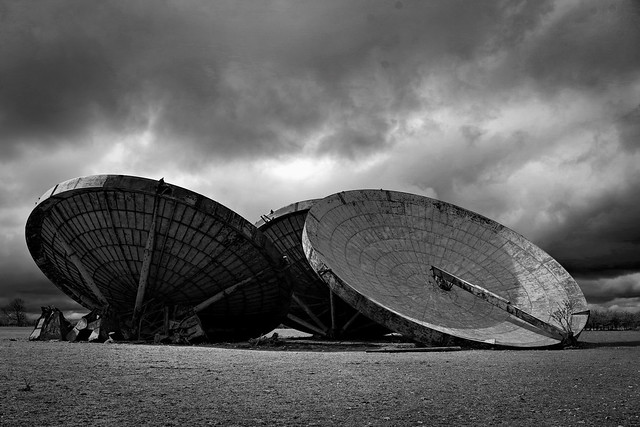 8/10 simples and strangely rather satisfying.