This week we decided to mix the team up a bit and our task was to seek out an ancient hidden manuscript which detailed the secrets of dating hot women.

Team Armadillo consisted of myself, the young whippet Underdog, Zer081 and the near nocturnal one only known as Tbolt. 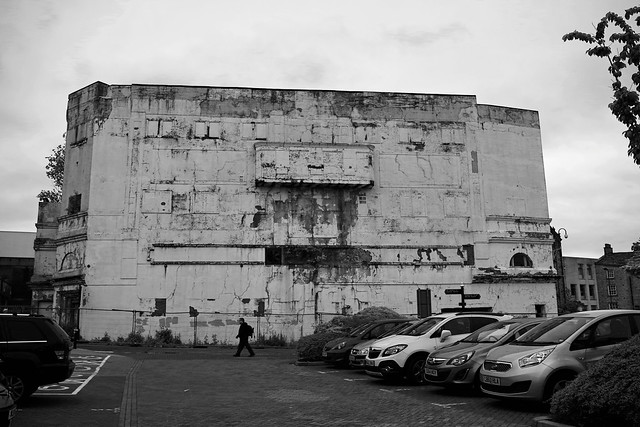 This Grade II listed theatre opened 29th October 1894, was converted to a cinema in 1938, with the march of VHS forcing a change of use to Bingo in 1982. Then the last shouts of the Bingo Caller occurred in 1995 and the building has sadly been slowing rotting away over the last twenty years. 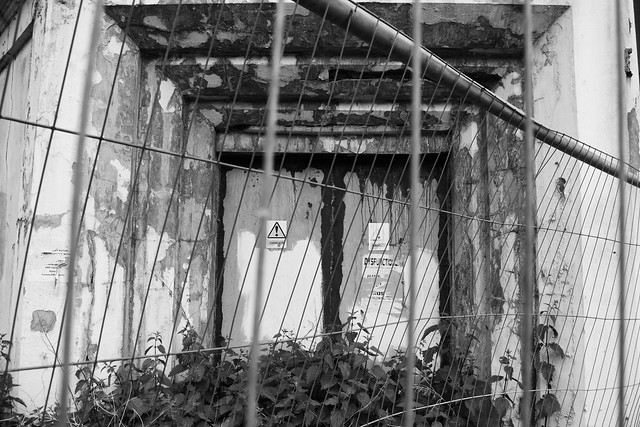 Entering the building was a damp affair with water underfoot in the lower regions of the building, entering the main auditorium was a lot dryer but contained the hidden perils of rotting floors and some lovely challenging low light - at first glance the place would possibly be a quick and disappointing quest.

As the sunsets on Empire, welcome to the cheap seats - sadly no one wore a dress. 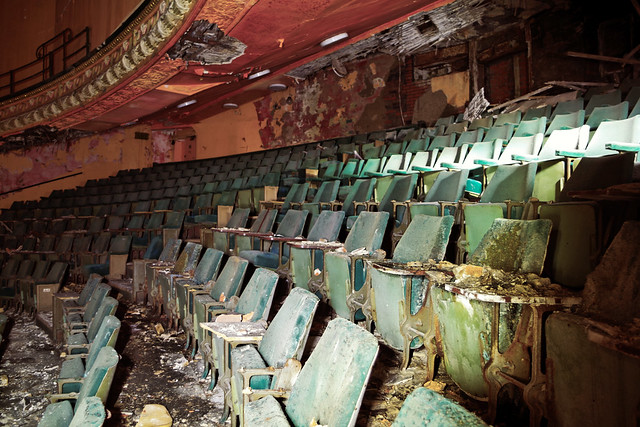 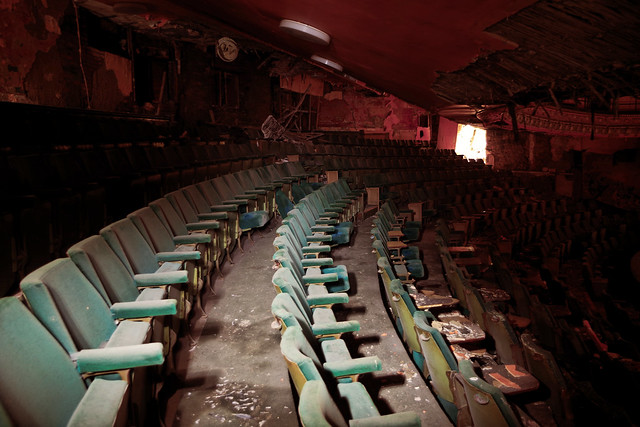 Our exhaustive search for the hidden manuscript began in earnest. 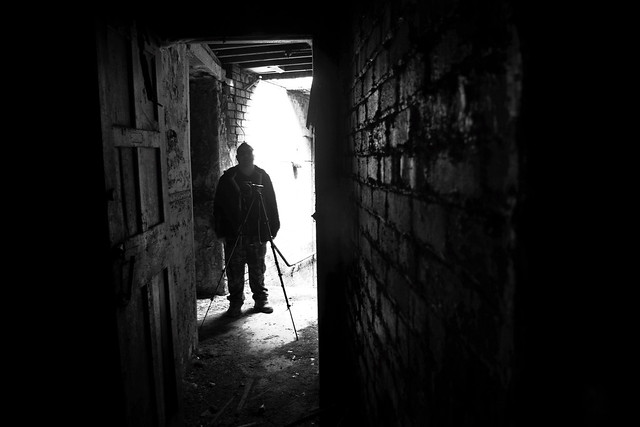 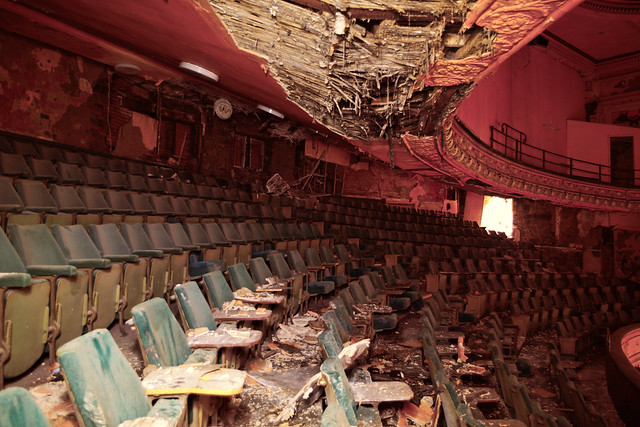 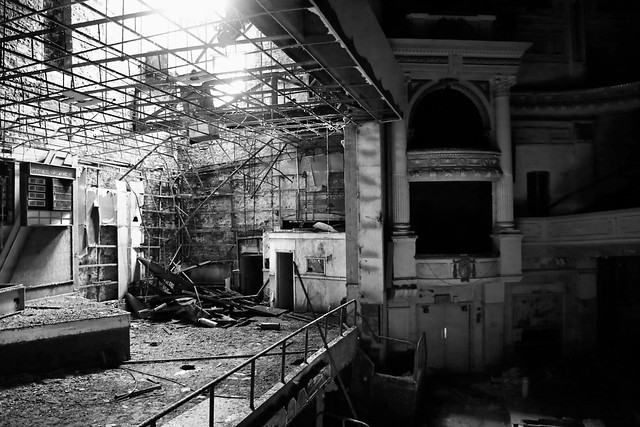 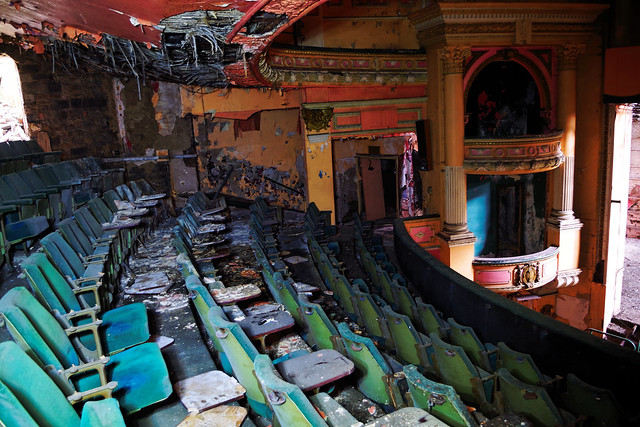 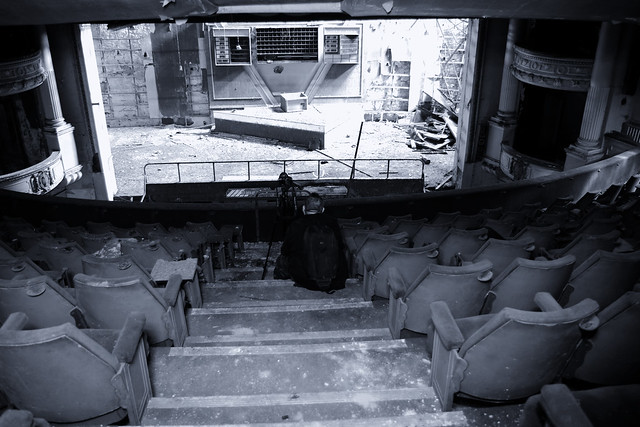 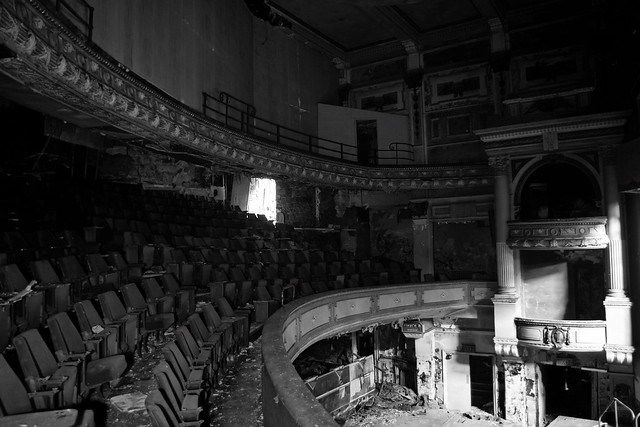 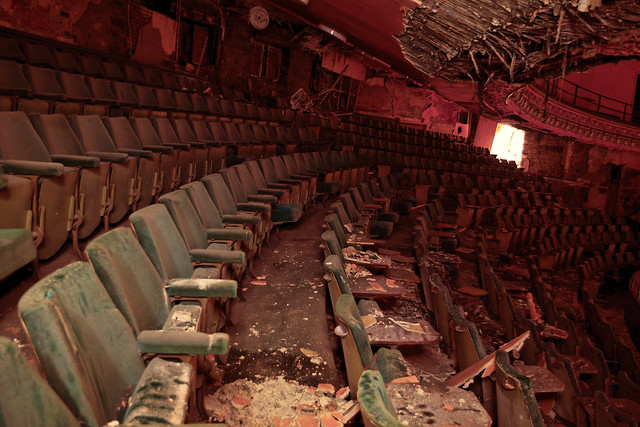 Cheers could be heard from all members of the team as we located the safe - as contained within was the long lost manuscript, with a rendition of Bravo Bravissimo and High Fives all round we digested the words of wisdom and carefully returned the legendary document back to the safety of said safe. 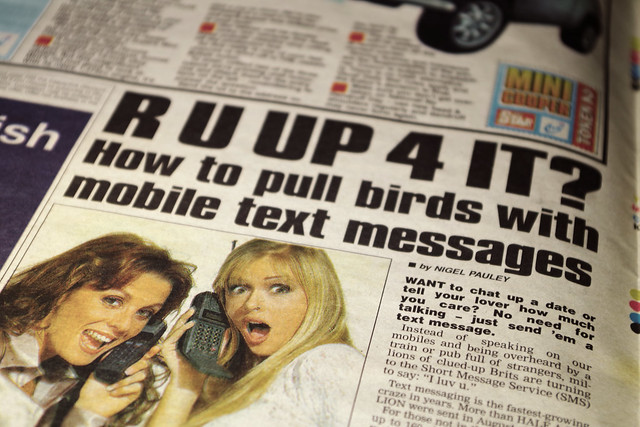 Time for an exit, we will ignore Tbolt and his novel way of testing floorboard safety (the hard way). 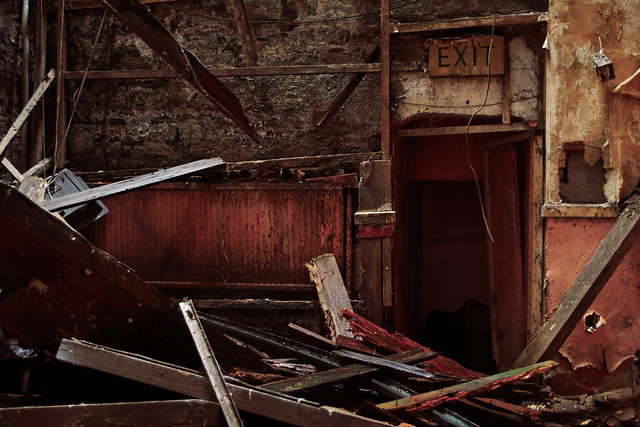 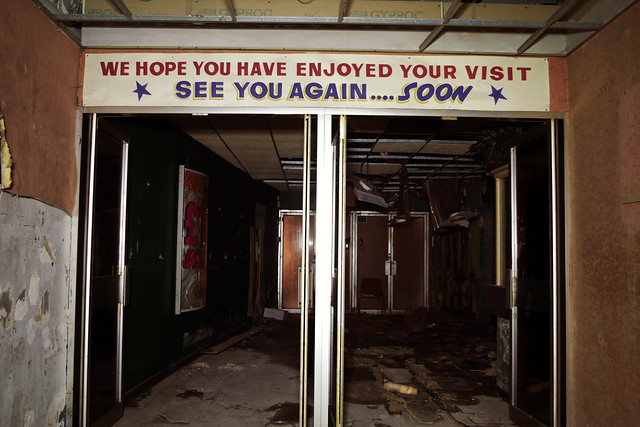 I would give this place a 9/10 - loads of pics I've not included, but it is bloody dodgy in places and seriously clinging on dear life, sadly sunsets on Empire.