A trip out across the border to Yorkshire with Judderman for some early morning Sunday worship, welcome to the Church of Derp !

Sadly this is not the only derelict church in England, but it was described as "shocking" back in 2012 by local paper Telegraph and Argus, we can now update that as f**cking shocking.

Once again another listed building sits unwanted and rotting, originally built back in 1846 and finally closing in September 1999, the Church of England stripped out the stained glass windows and sold them prior to the building being sold.

2014 and the only congregation it holds is pigeons. 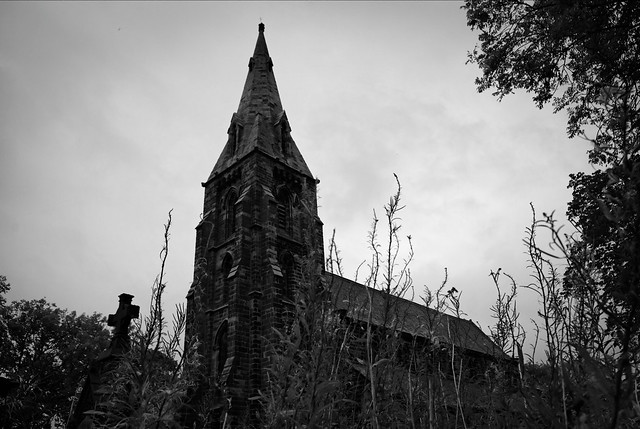 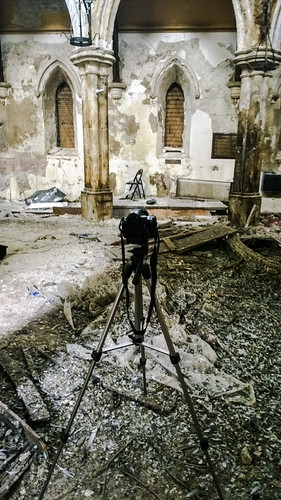 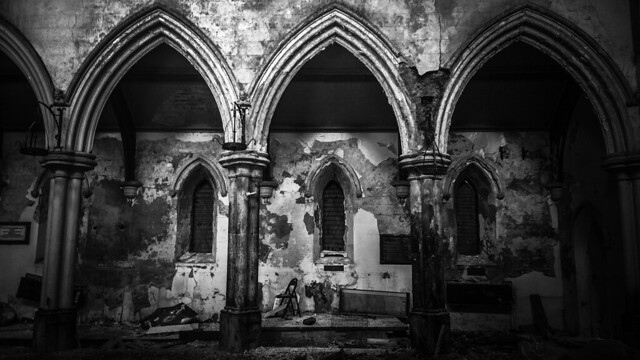 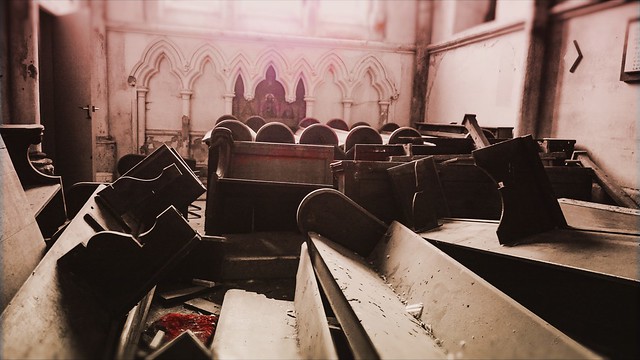 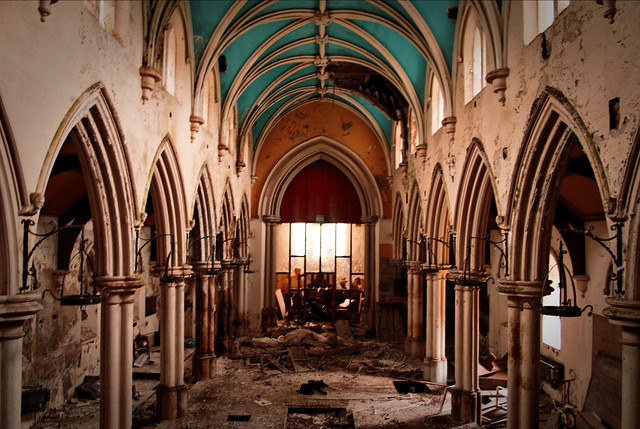 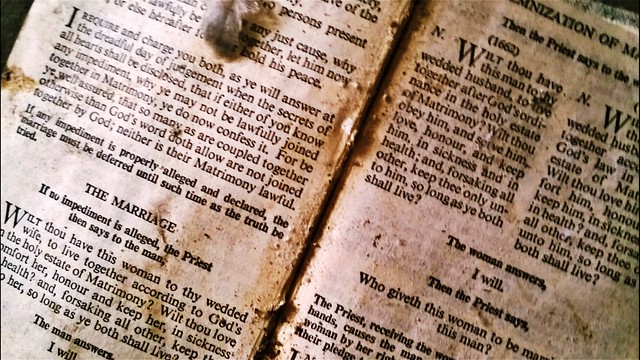 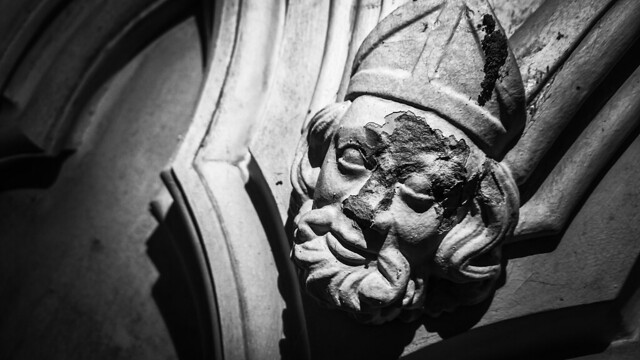 A small tight stone spiral staircase takes you up to the bell tower, we could have higher, but a hole in the floor with an enormous drop was rather off putting, would take a more braver explorer than ourselves. 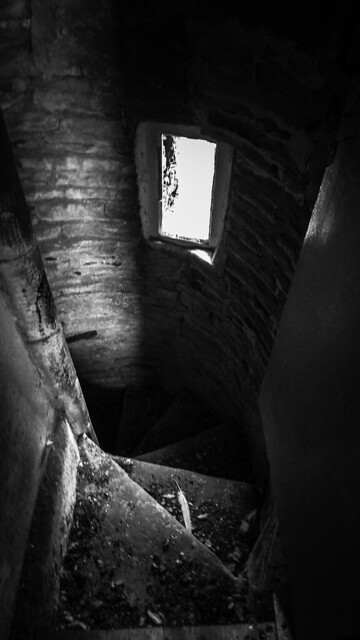 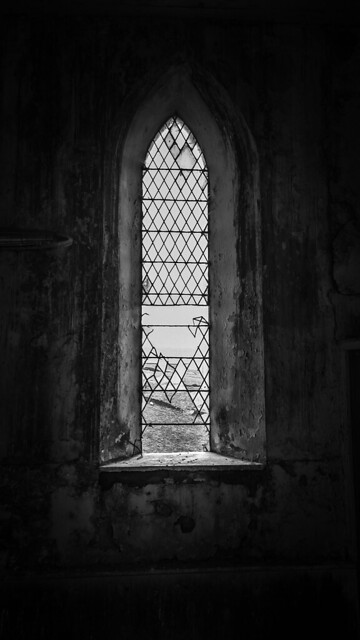 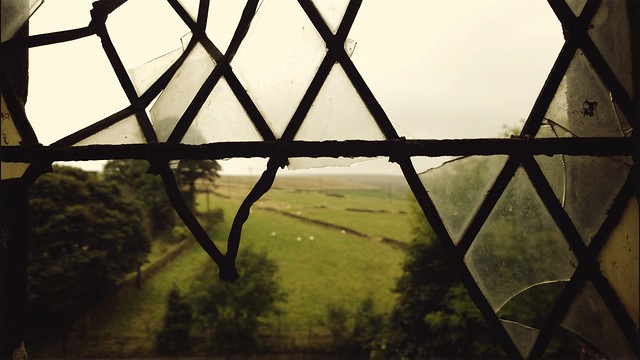 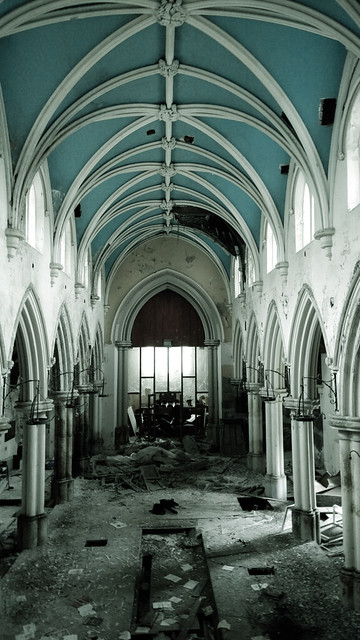 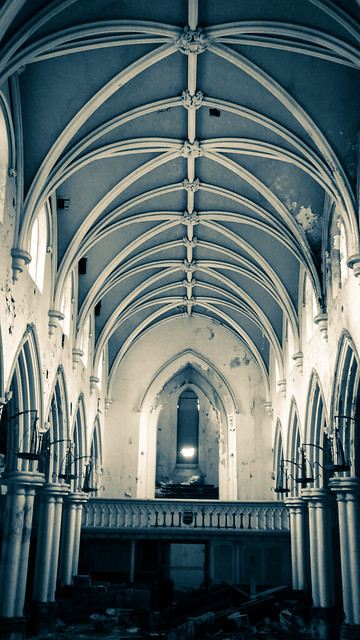 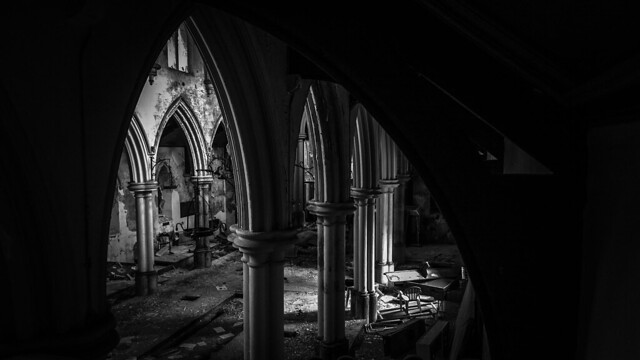 We both rather liked this place, a nice chilled mooch, not much to see but rather photogenic. 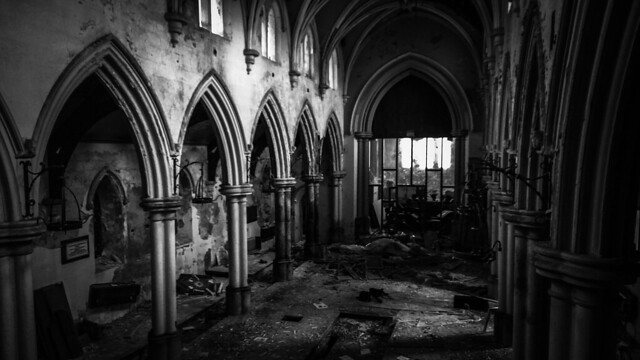