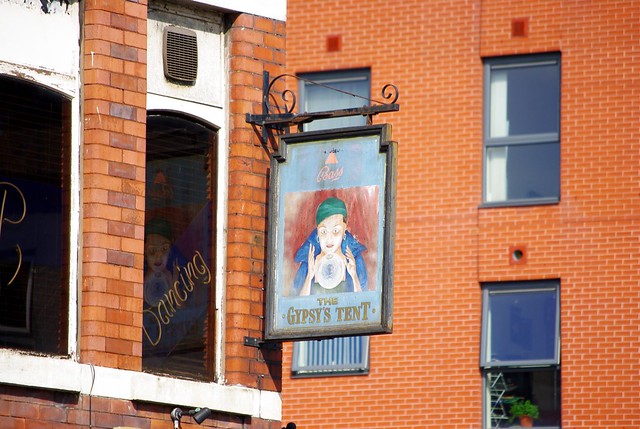 This first photo I took in 2010, I don't know why, I didn't wander then. Simply a pub sign on yet another closed, pub in Bolton, Lancashire. 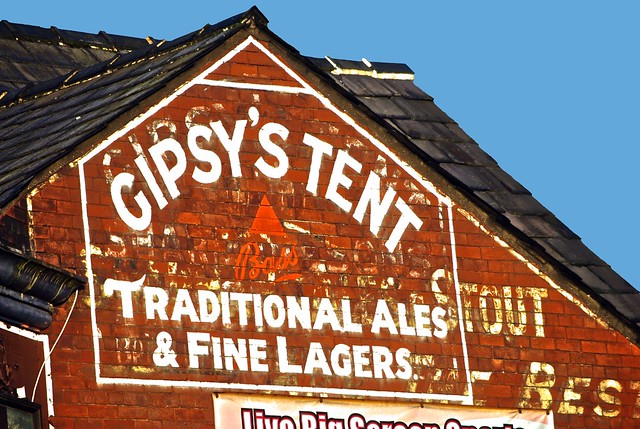 The Gypsy’s Tent (or Gipsy’s Tent as it was spelt up until the nineties) was built in the 19th century. Although the pub’s address is on Deansgate it was severed from the rest of the street when Marsden Road bridge was built in 1877.
During the latter half of that century a band of traveling dentists would extract teeth at the rear of the building. As seems to have been common in Victorian dentistry a brass band was often present and would play tunes in order to drown out the patient’s screams.
The pub came into the hands of local brewers William Tong in the early part of the 20th century before being taken over by Walkers of Warrington in 1923. Walkers merged with Tetley’s in 1961 to form Tetley Walker but in August 1981 it was decided to put the Gipsy’s Tent (as it was then) up for sale.
History taken from the most excellent  http://lostpubsofbolton.blogspot.co.uk/  - this is a gold mine of information on lost bars and pubs.
Gypsy's Tent closed in 2007 and now sits slowly rotting in darkness and oh it is dark. 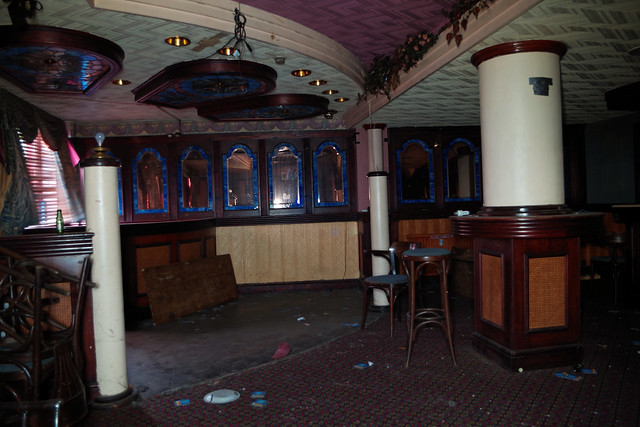 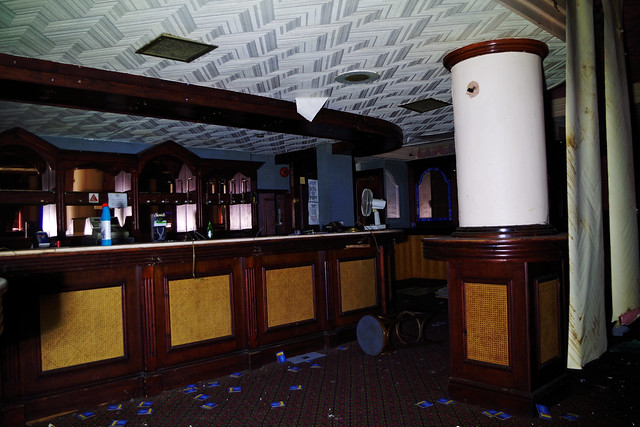 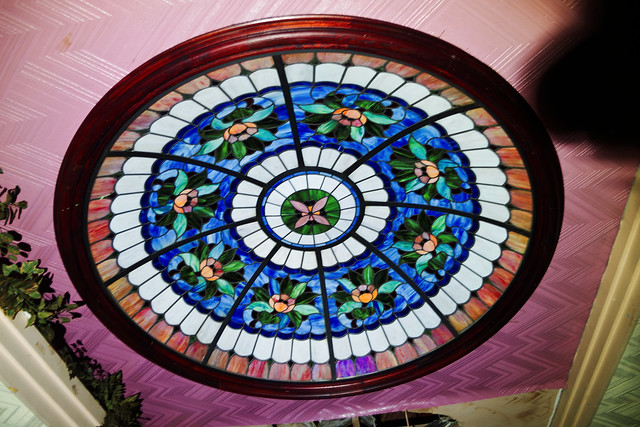 It was pitch black on the lower bar area. 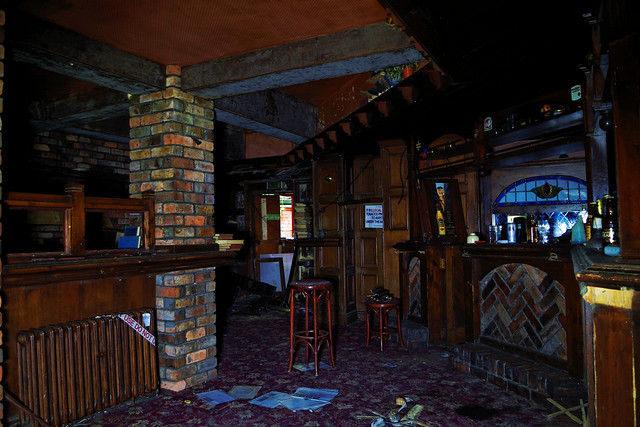 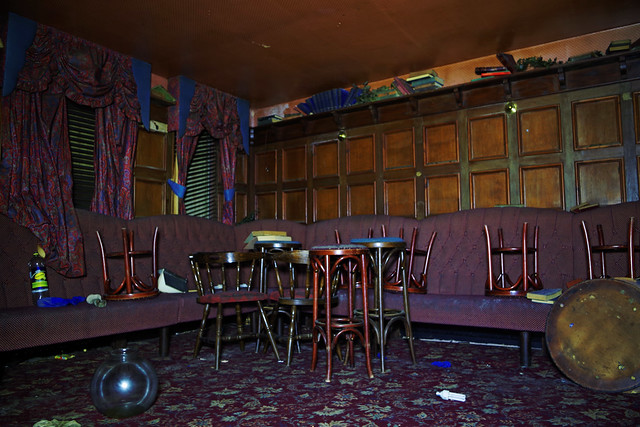 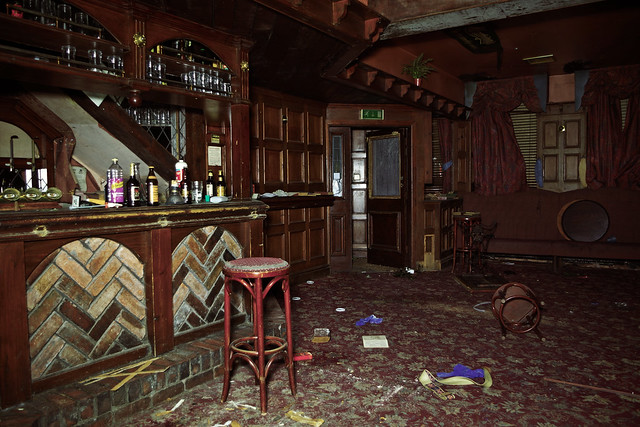 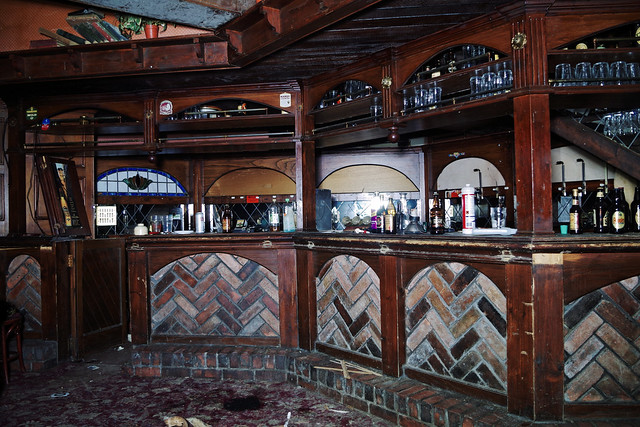 Remembering the words of Peter Venkman in Ghostbusters "You're right, no human being would stack books like this " I heard coughing upstairs and feet on the stairs. 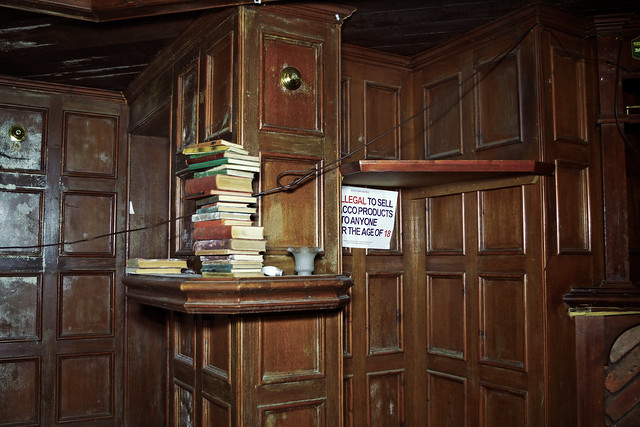 After all, if I could simply wander in so could anyone, it was time to leave.